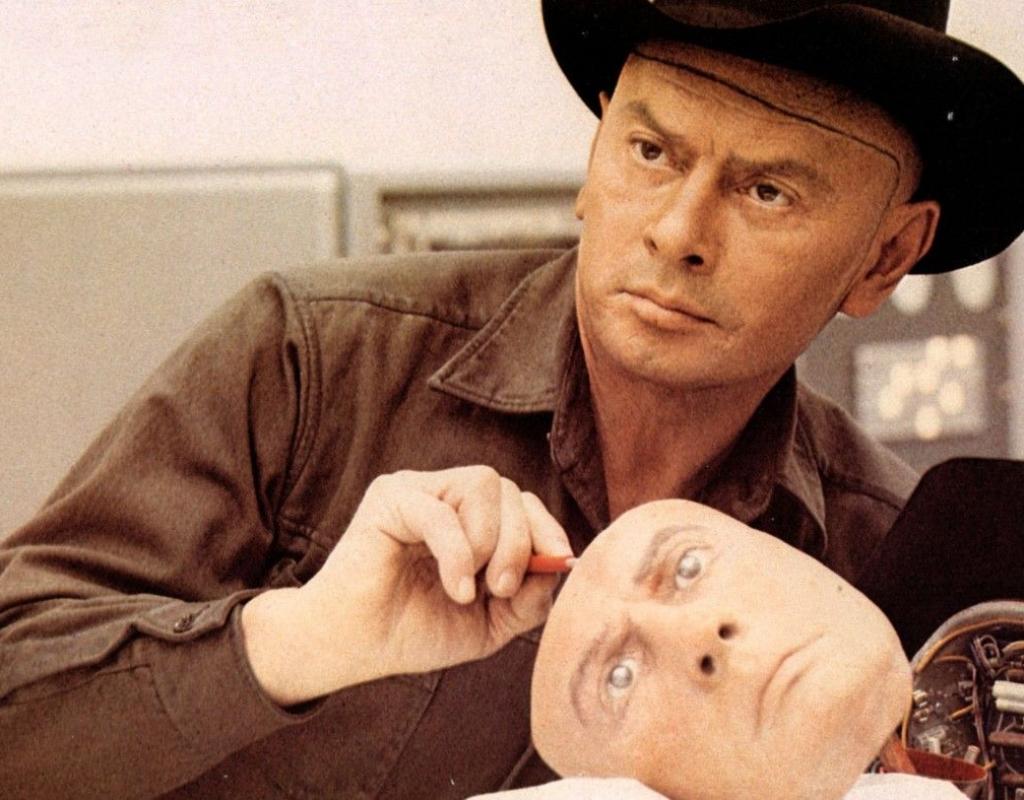 Welcome to Delos, the high-tech Disneyland for adults that Michael Crichton created for Westworld, a nifty science fiction thriller from 1973 that also marked the popular novelist's feature-film directorial debut. The movie is so named because the vacationing buddies who travel to Delos (James Brolin, Richard Benjamin) choose Westworld as their destination (the other choices being Roman World and Medieval World), where they are free to indulge their movie-inspired fantasies of the Wild West. From brothel beauties to black-hatted gunslingers (like the villain played by Yul Brynner), the place is populated by perfectly humanlike robots programmed and monitored to cater to every guest's fancy. But fun turns into abject horror when the robots--particularly Brynner's badman--begin to malfunction and Delos turns into an amusement park that's anything but amusing. Westworld has moments of camp and the look of a low-budget backlot production, but two decades before Crichton revamped his idea to create Jurassic Park, this movie made the most of its interesting and exciting premise. --Jeff Shannon --This text refers to an out of print or unavailable edition of this title.