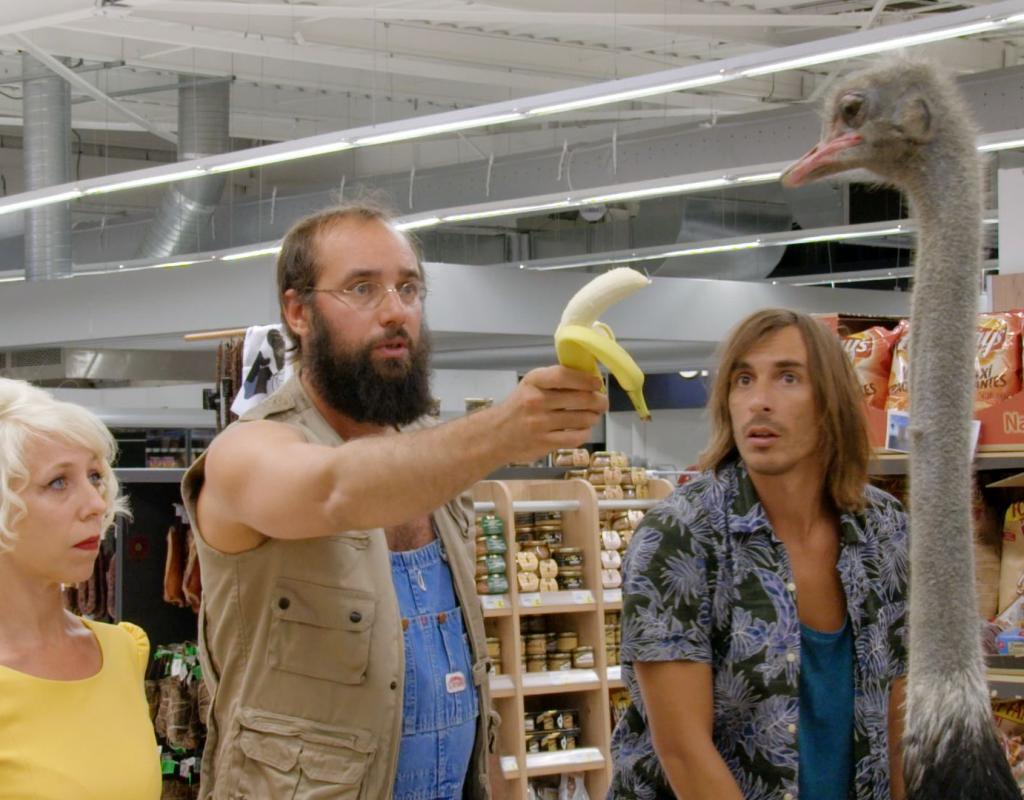 The famous Chiens de Navarre are coming to the big screen in a hilarious, wild ramble that undercuts all that is normal.

In this first film appearance, the famous French theatre company ice-dance naked, meet an ostrich in a supermarket and free Christ from the cross. They also want three-way marriages, smart children and oysters every day. A weird and wonderful film that takes us into a magical (but not so very distant) country where the poetry is endless and absurdity is a gleeful revolution. THE comedy of the fall season! (Julien Fonfrède)